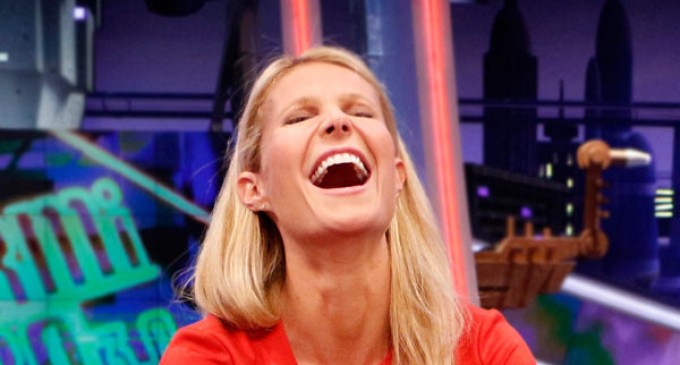 Actress Gwyneth Paltrow lives in England, but she’s pretty sure the unpopular ObamaCare system is just what the doctor ordered for Americans. Possibly she hasn’t been paying attention to the fallout from the Affordable Care Act.
Despite Barack Obama’s famous 2009 promise,

the country is discovering that, in fact, their health care plans will be taken away.

Home Depot reported today that it is transferring about 20,000 part-time workers to ObamaCare exchanges:

The 20,000 employees will have more options on government-run exchanges, he told The Daily Caller.

If Paltrow were aware of the flaws of ObamaCare, including the steep costs and people being unable to keep their preferred doctors, would she still recommend it?