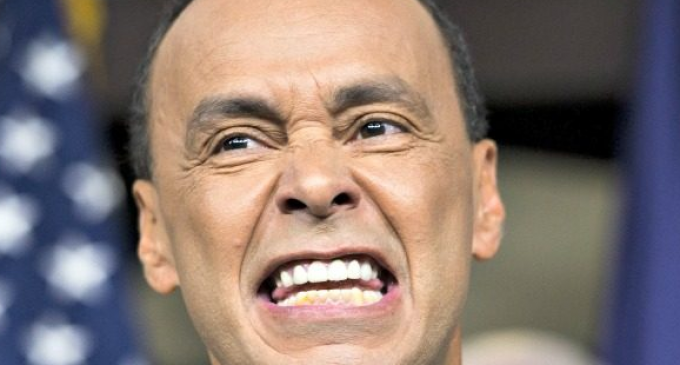 About a week ago, the way was cleared for the department for Immigration and Customs Enforcement (ICE) to begin taking apart piecemeal a scourge of illegal aliens who have been running around the United States for far too long with unfettered access to social services, healthcare, education and assistance.  As Donald Trump entered office in January, with a hateful Left watching in panic, seething disgust, and outright, fiery contempt, he began quickly laying the groundwork for ICE agents to begin doing the job for which they were hired.

Throughout former President Obama's two terms in office, he literally handcuffed an agency whose sole purpose was to arrest those breaking federal immigration law and informed them in no uncertain terms that if they begin arresting and deporting individuals who were illegals, he would be personally punishing them through funding.  With a very docile, meek, and mealy-mouthed, compliant Congress in which the majority RINOs acted as if they must bow down and allow the tyrant Obama to write legislation without a thought to its legality or morality, the Republicans also threw away any notion of doing what their constituents wanted them to do and instead, worked doubly hard at appeasing the Establishmentariat and the Chamber of Commerce who wanted amnesty so badly they could taste the cheap labor in the sweet parts of their mouths.

That all came crashing down with the reality that Americans, in a flood of discontent, would elect a man who campaigned on the very issue to securing the borders, ending the gravy train for millions who were sapping the coffers of the government, and stealing from the American taxpayer through identity theft and a very generous welfare system that seemed to disregard actual Americans who needed help in an attempt to buy votes for amnesty.

Representative Luis Gutierrez (D-IL), the unhinged and impossibly shrill supporter of all things illegal took to a church microphone this week and pulled a Maxine Waters, vowing to do anything to the very limits of legality in order to take back the House of Representatives and destroy Donald Trump's presidency.  Ready on the next page for his full comments and how this tantrum has actually been initiated by ICE itself!