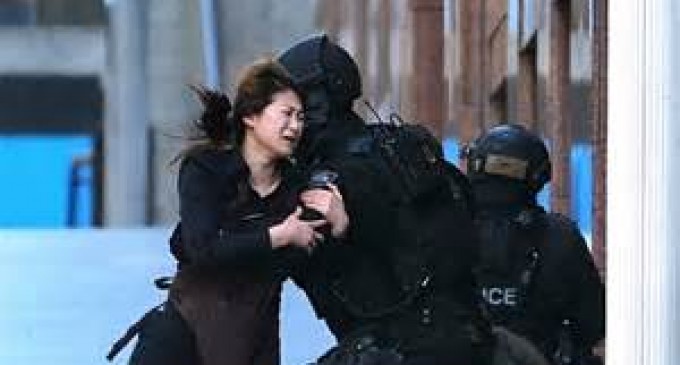 An Iranian gunman, Man Haron Monis, who held 17 hostages inside a Sydney cafe was killed by police early Tuesday morning.

Two hostages were also reported killed after the police raided the building.

Monis forced hostages to display a black and white jihadist during the 16 hour standoff in the café windows.

Monis told hostages that he was in possession of a bomb and had two accomplices that planted bombs in other locations in the city. No other information has come to light regarding these claims. 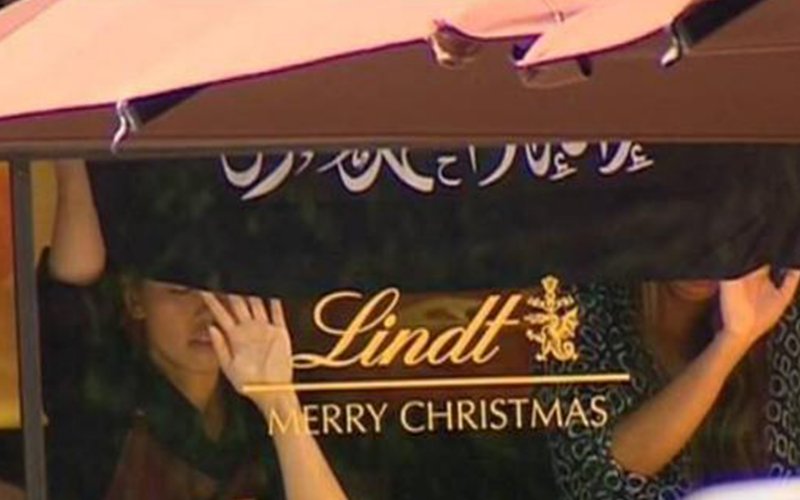 SYDNEY (Reuters) – Heavily armed Australian police stormed a Sydney cafe early on Tuesday morning and freed a number of hostages being held there at gunpoint, in a dramatic end to a 16-hour siege in which three people including the attacker were killed.

Police have not publicly identified the gunman but a police source named him as Man Haron Monis, an Iranian refugee and self-styled sheikh known for sending hate mail to the families of Australian troops killed in Afghanistan. He was charged last year with being an accessory to the murder of his ex-wife.

Prime Minister Tony Abbott said the gunman was well known to authorities and had a history of extremism and mental instability.

During the siege at the Lindt cafe in Sydney’s central business district, hostages had been forced to display an Islamic flag, igniting fears of a jihadist attack in the heart of the country’s biggest city.

Around 2 a.m. local time (10.00 a.m. ET on Monday), at least six people believed to have been held captive managed to flee after gunshots were heard coming from the cafe.

Police then moved in, with heavy gunfire and blasts from stun grenades echoing from the building.

“They made the call because they believed at that time if they didn’t enter there would have been many more lives lost,” said Andrew Scipione, police commissioner for the state of New South Wales.

An investigation would determine whether hostages were killed by the gunman or died in cross-fire, Scipione told reporters just before dawn.