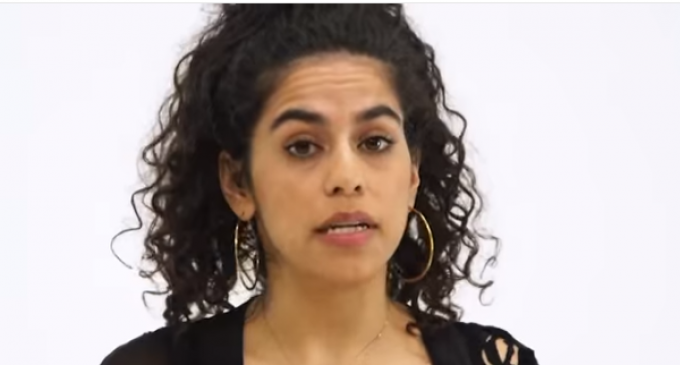 Lefties are offended by almost everything that is traditional, or that suggests there is a right or a wrong side to an issue. It is all part of the societal deconstruction they seek, because, well, they don't like to be judged and found wanting. They have been raised with the idea that no one should be able to offend their tender sensibilities by pointing out, for example, 2 + 2 actually does have an answer and it is four, not five.

For Lefties that would be terribly hurtful if they thought the total was five, and so mean-spirited, unreasonable traditionalists should be prohibited from pointing out they are wrong. It is the whole self-esteem craze promoted for the last twenty or thirty years run amok.

In the following video, a woman of color, who in fact uses very good grammar and has a delightful British accent, complains that promoting good grammar is actually racist and that grammar is an old, rich, white persons way of putting others down.

This is an attempt at anarchy that is subtle but telling. No rules, no standards, no right or wrong. That is the objective of Leftists so that what they demand or produce cannot be measured or evaluated. It would be easy to dismiss this as pure idiocy, but there are many who take it seriously, and there will be government liberals who will find a way to codify it into legal policy and mandate. This woman is a nut, but her accent makes you want to listen. It's kind of like a car wreck on the side of the road that you just have to take a peek at. Watch the video.