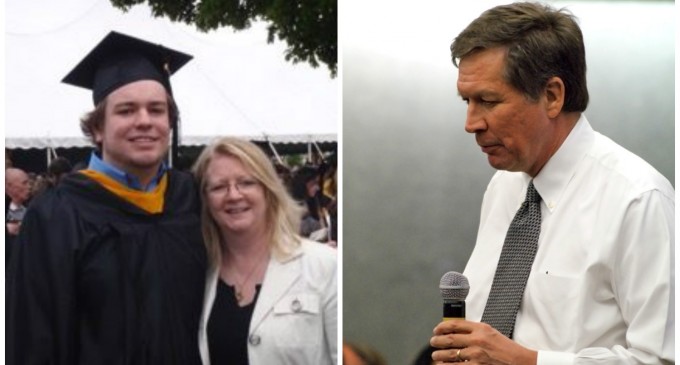 Stumping for Trump, because of his stance on illegal aliens, Maureen Maloney is speaking out loudly against any candidate that will reward illegals with citizenship.  She has a vested interest in the fight, as her son, 23-year-old Matthew was hit by a repeat-offender drunk driving illegal alien. His death was monstrous, as the illegal did not stop and drug Matthew's body a quarter mile, in his attempt to flee the scene.

Caught in the wheel well, witnesses who saw Matthew pinned and screaming while pinned under the truck, ran after the truck, pounding on the vehicle, screaming for the driver to stop.  Another witness said that Matthew was “alive for a good portion of it”.

Her son had dreams of becoming a police officer, had taken the civil service exam and was voted “most dependable” as senior in high school.

“It’s all so senseless,” Maureen Maloney said, “the person who killed him should not have been in this country.” He was a repeat offender and had a violent record.

It is for this reason that she is supporting Trump and believes that John Kasich's “position on immigration is tantamount to treason”.