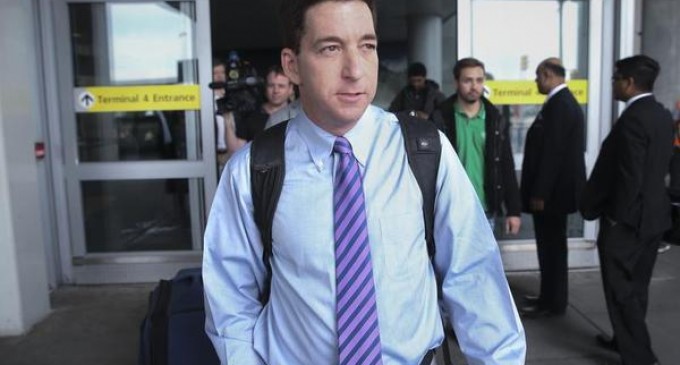 Have you been spied on by the NSA?

You may soon find out as Glenn Greenwald, the journalist who received the documents from Edward Snowden and helped facilitate the most significant leak in American intelligence history, told The Sunday Times that Snowden’s “finishing piece”, the publishing of the actual names of who exactly has been spied on, is still to come.

One would assume this list doesn´t contain names of citizens spied upon since Snowden left the country.

“One of the big questions when it comes to domestic spying is, ‘Who have been the NSA’s specific targets?’,” Greenwald said.

I´m sure we´re all aware of the answer to those questions.

Greenwald, who is promoting his book No Place To Hide and is trailed by a documentary crew wherever he goes, was speaking in a boutique hotel near Harvard, where he was to appear with Noam Chomsky, the octogenarian leftist academic.

“One of the big questions when it comes to domestic spying is, ‘Who have been the NSA’s specific targets?’,” he said.

What are the metrics and calculations that go into choosing those targets and what is done with the surveillance that is conducted? Those are the kinds of questions that I want to still answer.”

Greenwald said the names would be published via The Intercept, a website funded by Pierre Omidyar, the billionaire founder and chairman of eBay. Greenwald left The Guardian, which published most of the Snowden revelations, last autumn to work for Omidyar.

“As with a fireworks show, you want to save your best for last,” Greenwald told GQ magazine. “The last one is the one where the sky is all covered in spectacular multicoloured hues.”

The publication last week of Greenwald’s book about the story behind Snowden’s leaks has re-ignited controversy about the motives of the young computer technician, who fled to Hong Kong nearly a year ago and was then given refuge by Russia, which has resisted US demands to extradite him.

Greenwald has even debated Gen Michael Hayden, a former NSA and CIA director, in Toronto. A famously aggressive and relentless former lawyer, Greenwald refused to engage in any social niceties with his adversary.

“I think that's he's a war criminal and belong in the Hague,” he explained. “And so to shake his hand or chat with him at a cocktail party is something really unpleasant to me.” Away from TV studios and debating chambers, however, Greenwald is affable and engaging.

There are even flashes of self-doubt. He confided that when he first met Snowden in Hong Kong “I wanted him to be this really presentable reliable figure so badly I was a little bit concerned my desires would influence or muddy my perceptions”.

Some senior intelligence figures claim Snowden could have been a spy for China, Russia or even both — a notion that Greenwald rejects as “just a standard demonisation tactic”.

Gen Martin Dempsey, chairman of the Joint Chiefs of Staff, has said the vast majority of what Snowden stole related to “military capabilities, operations, tactics, techniques and procedures” – something the fugitive vehemently denies.

James Clapper, director of National Intelligence and another figure Greenwald wants jailed, has described Snowden’s actions as the “most massive and damaging theft of intelligence” ever carried out.

Snowden is believed to have used a “spider” such as Googlebot, an easily available automated web crawler that Google developed to find and index new pages on the web. After Snowden set parameters for how far the spider should range, investigators have concluded, it was able to collect data when he wasn’t present.

Jack Devine, a former CIA director of operations, said he did not believe Snowden had been a spy, but that he shared many psychological characteristics of American traitors such as his former colleague Aldrich Ames, who spent years betraying secrets to Russia and is now serving life in prison.

These included an inflated sense of cleverness and self-importance, clashes with superiors at work, a dissatisfaction with carrying out mundane tasks and a sense of being under-appreciated.

“If I saw it and I were [the Russians or the Chinese] I’d come running for him,” said Devine. “But I don’t think the system worked that well. Even if you spot a bad apple, it takes a lot to get them.”

Devine, author of the forthcoming Good Hunting: An American Spymaster’s Story, said Snowden’s current situation bore similarities to that of Kim Philby, the MI6 officer who spied for the Soviet Union and ended up in Russia, alone and vulnerable.

“The Russians have been doing espionage for a long time. They understand the psychology of discontented people. It would be most unusual if he were allowed to remain there as a guest for free.

“I don’t think he was a controlled asset but I think at the end of the day he will be.”

Greenwald said he and Snowden still speak nearly every day via an encrypted computer link. “Literally of all the people that I’ve ever met and now know in the world, Edward Snowden is by far the person most at peace and fulfilled as a human being,” he said.

Greenwald said the NSA’s failure to catch Snowden was part of the paradox that “there is this genuinely menacing system and at the same time are really inept about how they operate it’.

“Not only was he out there under their noses downloading huge amounts of documents without being detected but to this day they’re incapable of finding out what he took.”

Greenwald, who has 12 dogs, ranging in size from a Bernese mountain dog to a miniature pinscher, at his home in Brazil, also promised further revelations about GCHQ, the NSA’s British sister agency.

“The British are more unrestrained and vicious in their surveillance mindset than even the US.” he said. “When you go to the park in New York, you see these built-up muscular guys and they have these tiny Shih Tzu dogs.

“It will seem like a mismatch but the Shih Tzu is super-vicious and yapping. That’s how I see the relationship between the GCHQ and the NSA.”