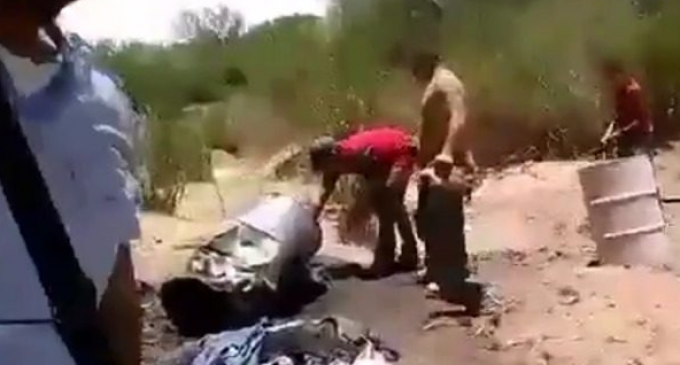 Liberals are staunchly opposed to Donald Trump's efforts to enforce border security, but the newest footage of violence to come out of Mexico will have even the most implacable leftists chanting “build the wall!”

Okay, maybe not, but it will certainly give some who have been cavalier about the threat posed by illegal immigration from our southern border pause. Instead of engaging with the well-documented chaos that could spill over into our country at any moment, progressives have fearmongered about racism and bigotry in order to get Americans to acquiesce to open borders policies that do nothing but leave us vulnerable to criminals and killers.

Ironically, this means that Mexicans who are actually the most harmed by the rampant narco-violence and terrorism in their nation are forgotten by the American left since they inconveniently illustrate the danger brewing just south of the border.

Read more about this shocking cartel violence on the next page: