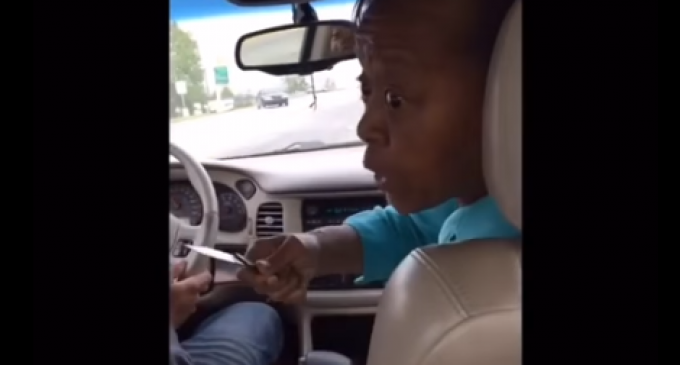 While liberals continue to push the idea of white privilege, adding fuel to the racist machine that is the Black Lives Matter movement, many are forgetting that white on black violence isn't always the issue.

What about black on black violence? While activists will tell you that there's no such thing, there's no shortage of proof on the Internet to show how false that notion is.

For example, if you watch the video on the next page, you'll see a grandma pull a knife on her grandchild for making a joke. That can't be normal. It doesn't take a psychiatrist to see that that's not the way a grandmother should be acting towards her grandchild, or anybody really. It's not exactly civilized to pull a knife on a child.

And what about child services? I'm sure they'd have a field day with this, assuming they're not restricted by racially colored tape when it comes to children of darker skin. You almost have to watch the video twice to truly take it in.