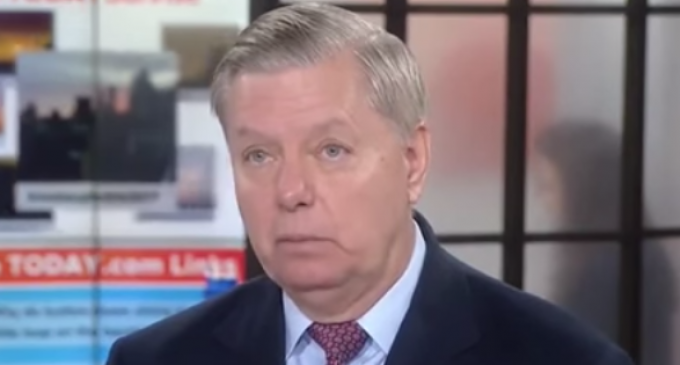 Lindsey Graham is often a tough Senator to predict. He is both staunchly conservative and comparatively liberal depending on the topic — but it's easy to project where he's going to fall when it comes to the military. Graham is almost always pro-military intervention, and he based his entire presidential campaign on that strategy. Not that anyone noticed.

At the time of this run, Graham used his neo conservatism to put distance between himself and frontrunner Donald Trump, who was promising a much more non-interventionalist foreign policy. Since Trump was elected, however, the president has shifted his tone. He now talks as if war is always on the table — even if his actions remained pretty consistent with his campaign.

So does that mean that Graham and Trump are now saying the same things when it comes to foreign intervention?

In one case, the answer seems to be yes.

See what Graham said about the president, North Korea and war on the next page: