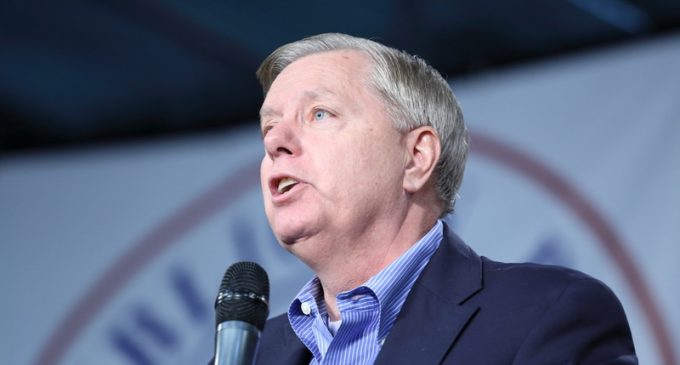 As consumed with hatred for President Donald Trump as his mentor, John McCain, Senator Lindsey Graham of South Carolina has teamed up with Democrat Senator Cory Booker of New Jersey to craft legislation that would inhibit President Trump from firing Special Counsel Robert Mueller.

Speculation over the dismissal of Mueller has become a favorite parlor game among the navel gazers in Washington, D.C. At the heart of the issue is whether or not Mueller is going outside the initial scope of his investigation.

What the general public doesn’t know is that Special Counsels are usually appointed to investigate a specific crime that may have been committed. In the case of the Mueller probe, there is no specified crime. Mueller simply has an open-ended authorization to invent one if he can.

It’s no wonder President Trump is infuriated with the Mueller appointment, knowing the probe could drag on indefinitely and tie his administration up in knots.

On the next page learn more about Graham’s proposed bill and why it may violate Article 2 of the United States Constitution. Its prospects for passage would depend upon Republicans not supporting their president, and following the lead of spiteful mavericks like McCain and Graham.