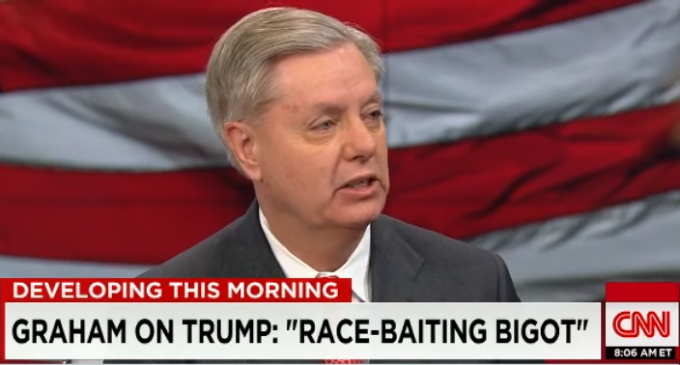 Lindsey Graham, a GOP Presidential candidate, while on CNN “New Day” on Tuesday that Cruz has a moral imperative to speak out against Trump; that this is about personal and party character.  He continues by saying that Cruz needed to “up his game” and condemn Trump's declaration that Muslims should not be allowed in the country and yet in the next breath tells Donald Trump to go to hell.

Trump's proposal in response to the terrorist attack of last week in San Bernardino, CA, has shook up both sides of the aisle. Graham's visceral response is an attack against a man and an opinion.  The outraged Graham said he would rather have “Republicans lose without Trump than win with him.”

He accused him as a “race-baiting, xenophobic religious bigot.”  Graham is certainly not taking his own advise of moral imperative while discussing Trump.

Find the CNN interview on the next page and decide for oneself if Graham has a legitimate point.