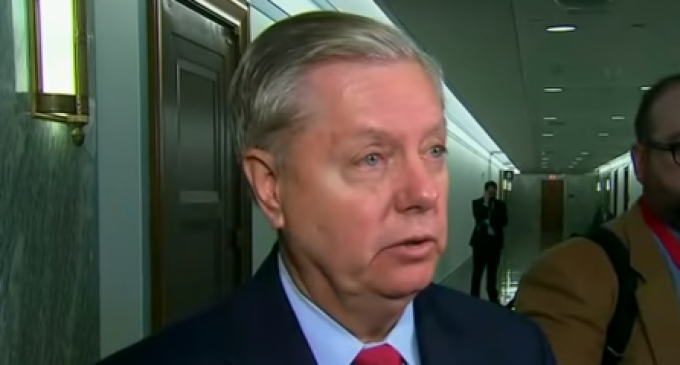 Lindsey Graham doesn't want Jeff Sessions leaving his position as Attorney General any time soon. He flat out threatened President Trump today that it’d rain down fire and brimstone if he should as much as dare try to fire Sessions, or Mueller for that matter.

And Graham is in good company. The majority of Senate Republicans and Democrats are in favor of keeping Jeff Sessions and Mueller on their team.

Turns out these two guys are held in high regard by most folks working to both push and block the President’s agendas. How does that make sense? Well, to be honest, it really doesn't. Furthermore, the other statements being released by Senate Majority Leader Mitch McConnell and Whip John Cornyn. That’s why these statements and the shocking video of Lindsey threatening the President merit a close watch. The whirlpool created by the draining of the swamp is generating some mighty peculiar alliances among those you’d least expect.

Video, official statements, and other commentary on the polarizing situation sweeping over Washington in regards to Sessions, on the next page