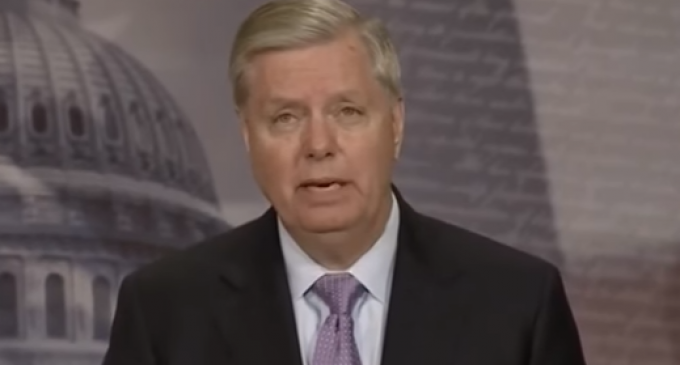 If you don’t support Lindsey Graham’s latest piece of legislation, he doesn’t want your vote.

A politician saying he “doesn’t want your vote” seems ridiculous at first glance, but Graham is actually pretty good at convincing people not to vote for him.

During the last Republican primary, Lindsey Graham’s candidacy went almost unnoticed. Despite his status as a sitting Senator, he never polled over one percent nor did he make it out of the lower-tier Republican debate class. To save himself from embarrassment, he dropped out of the race before a single vote was cast.

Now, with his new bill, which goes against conservative principles, and his proclamation against opponents of the legislation, Graham may soon find himself without support once again.

Watch Lindsey Graham drive away Republican voters in the video on the next page: