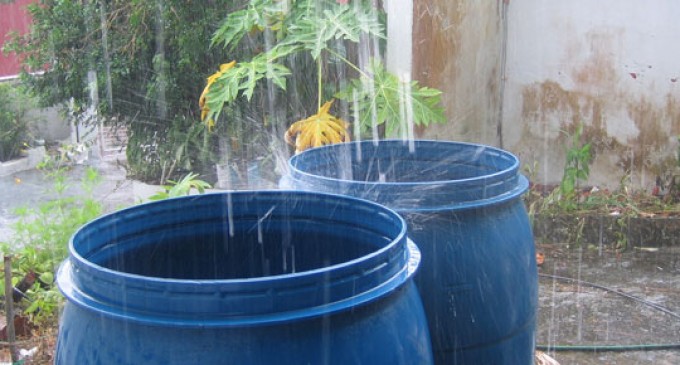 Taxes, Permits, and Red Tape are hallmarks of government control over citizens that many people take for granted, but at least we're free to breathe the air and feel the rain on our faces. Or so you might think.  In Utah and other states like Washington and Colorado, you'd be wrong.

In those states, it's illegal to divert rainwater without a permit and local governments are enforcing the law. This is not based on dusty old statutes ignored, but not yet repealed. The news video below tells the story of a Toyota dealer who installed a system to catch rain from the roof of his business with plans to use it to wash cars. Astonishingly, he discovered he was breaking the law!

It’s all about control, really.

As long as people remain unaware and uninformed about important issues, the government will continue to chip away at the freedoms we enjoy. The only reason these water restrictions are finally starting to change for the better is because people started to notice and they worked to do something to reverse the law.

Even though these laws restricting water collection have been on the books for more than 100 years in some cases, they’re slowly being reversed thanks to efforts by citizens who have decided that enough is enough.

Until then, Stay Thirsty, America.