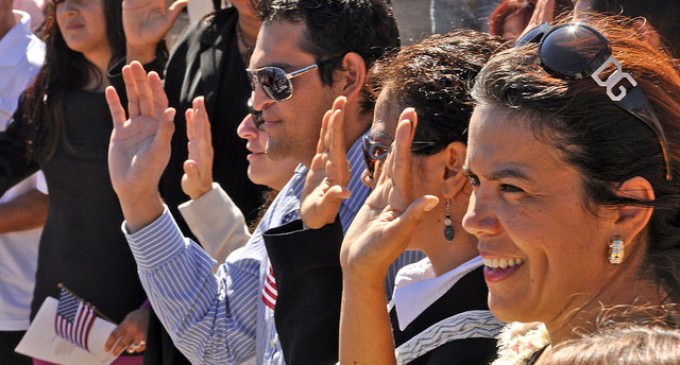 Only under this administration could one find a plan so tipsy: The top U.S. immigration agency told a Senate subcommittee it is working to blunt homegrown terrorism by marketing U.S. citizenship to immigrants. Yes, let’s make our enemies…citizens!

The subcommittee responded that a recent arrest of Six Somali men on terror-related charges in Minnesota — where a large population of Somali refugees was resettled — was prime evidence of a self-made internal threat and then asked whether USCIS can guarantee other communities won’t face similar threats from the thousands of Syrian war refugees that have been settled stateside. There does not appear to be an answer to that question in the transcripts.