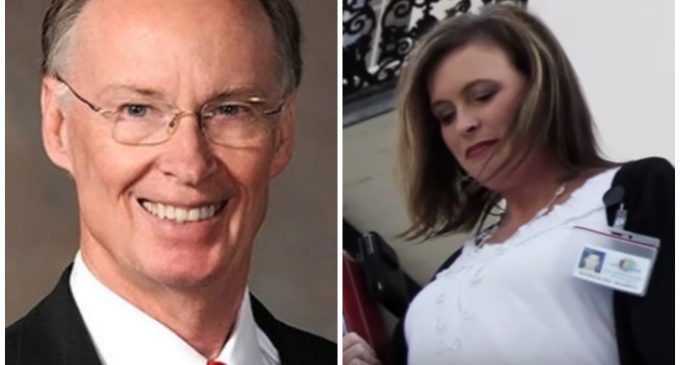 Former Alabama Governor, Robert Bentley, resigned in disgrace Monday after a sordid extramarital affair with a staff member came to light. Audio footage has been released incriminating former Governor Bentley beyond a shadow of a doubt of not only adultery, but also of using state funds to try and cover-up the affair.

The incriminating audio on the next page is of former governor Bentley talking in great detail about his mistress's breasts and how it felt to reach his arms around her and ‘pull her in real close’ from behind.

Those don’t really sound like the words of a man who claimed to be shocked, outraged, and morally appalled by President Trump’s secretly recorded offhand remarks back in 2005.

Continue reading on the next page to see how deep the hypocrisy runs between former Governor Bentley and the mainstream media attacking the current administration.