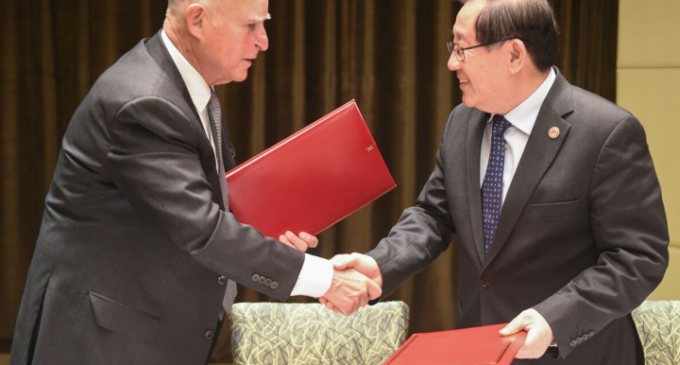 So, either one of two circumstances is going on right now in the cloudy and cobwebby mind of California Governor Edmund G. “Jerry” Brown (D).  Either he's prepping for a run at the 2020 Presidential Primary for the Democratic Party nomination, OR, he just really, really, really egotistical and needs everyone to “LOOK AT ME!” right now.

Many of the reports dealing with California usually revolve around its “green energy” status, about how amazing Californians seem to be at conservation and maintaining lifestyles at above-average levels while still allowing nature to remain untouched.  It is, in the words of the late George Carlin, a “big crock of s**t!”  As it turns out, believe it or not, even New Jersey has a better environmental record than the most populous state in the nation.

With that in mind, the fact that it indeed has the highest population of all the states, it must be a goldmine for taxes.  One would think that.  And one would be wrong.  What is failed to be discussed in many of the glowing press releases by the state and the governor's website itself is the massive lack of money flowing through the state, at least in excess, that is.  There's plenty of money spent, no doubt about that.  But as far as spare money…money to be used for infrastructure, and for support is ridiculously over-bloated pension system, the state of California is beyond broke.  Issuing IOUs a few years ago to their tax return recipients is the lowest of the low when it comes to state mismanagement.  And just think:  If Jerry Brown wants to run for president, how much more “good” could he do for the country?  I'm not suggesting that this is all his fault, because it's not.  However, he is the governor and this is his problem right now.

So, what does Jerry Brown think is the number one priority for California as it stands today?  Well, before we go into that, let's take a quick look at his many successes.