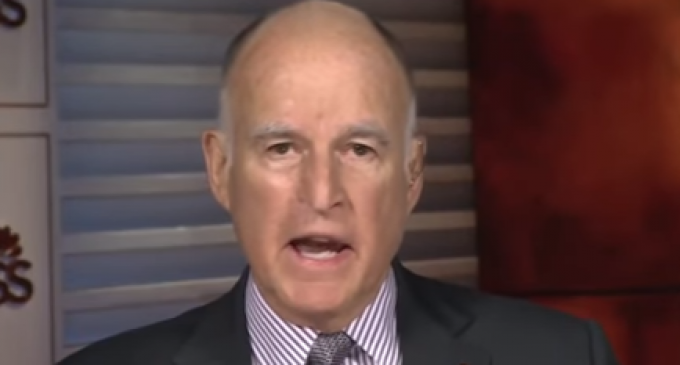 It is truly so satisfying to continue seeing people like Nancy Pelosi, Maxine Waters, Lindsey Graham, John McCain, Chuck Schumer, Luis Gutierrez and Elijah Cummings in their Congressional seats, because it means that we will continue to be able to hold a majority when it comes to the things that really matter; like the presidency.

Really, when it comes down to it, a big reason Donald Trump has remained where he is and as popular among his supporters is due in large part to people like those above.  When we hear their asinine arguments against everything the American people want to be enacted, it's oh so easy to keep our eyes focused on the prize.

As well, other people in local governments appear to have just as big a knack for saying stupid things and thank the Lord for that.  After all, if it wasn't for them, we wouldn't be able to keep proving our point that Liberalism and Regressivism are poison to the very soul of this nation.

Jerry Brown, Governor of California, has once again decided to grace us with his [lack of] wisdom and lecture us on how China embodies the American dream much more fluently than Trump's vision of making American great again.

On the next page, you can read his hilarious comments as we delve into how even a man who leads a dead-broke state government can have the unmitigated gall to describe Trump's Washington as wasteful and shortsighted!