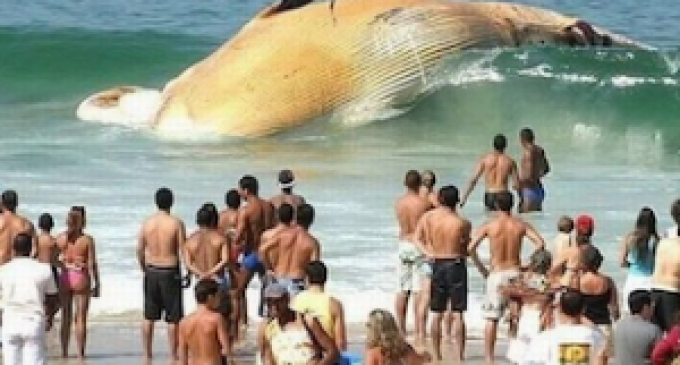 A catastrophic wave of animal die-offs has struck the Pacific Ocean, with thousands of bodies of marine life washing on shore. Whales, fish, and seals all have been reported on the West coast, dead or dying. It is definitely a sad sight to behold, but contrary to what you might assume, it is in no way a naturally-occurring thing.

It is no secret that the government and military have conducted many of their experiments and weapons tests in the Pacific. Carelessly deploying destructive sonar weapons and depleted uranium ammunition, they have endangered the the sea life dwelling in our coastal waters. Now, it seems we are finally reaping the results of that deadly harvest.

Not only does the military try out it's new toys with no regard for the creatures nearby, but it regularly disposes of it's nuclear waste in the ocean, devastating marine fauna and potentially exposing thousands of sea- and beach-going Americans to radioactive material.

For more about this ecological travesty, keep reading on the next page: