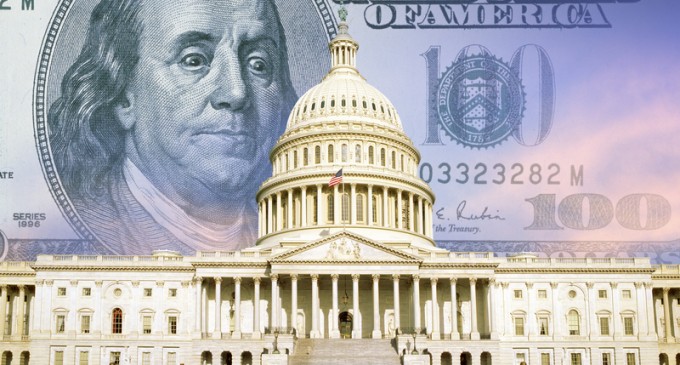 Despite taking in record amounts of revenue in tax dollars from the American public it seems that the government remains insatiable in its appetite to spend this money.

Ever since President Obama came into office in 2009 he has added regulation after regulation, further increasing the government's expenditure of the United States economy.  In fact, as of August last year the government consumed a whopping 31% of the nation's economy.

During Obama's presidency, the U.S. has seen four out of the top five years of increased regulation in our history.  Last summer, the Competitive Enterprise Institute issued a report that indicated that the Evironmental Protection Agency (EPA) alone was working on nearly 3,500 new regulations.  These thousands of pages of regulations, along with the trillions of dollars of spending have led to massive debt for the United States government.

And it only gets worse.  Just last Wednesday, an auditor for the Goverment Accountability Office (GAO) told legislators that the government is now on track to owe more money in debt than the entire U.S. economy produces.

To read about this alarming report by the GAO and how publicly-owned debt is about to hit historic levels, continue reading on the next page: