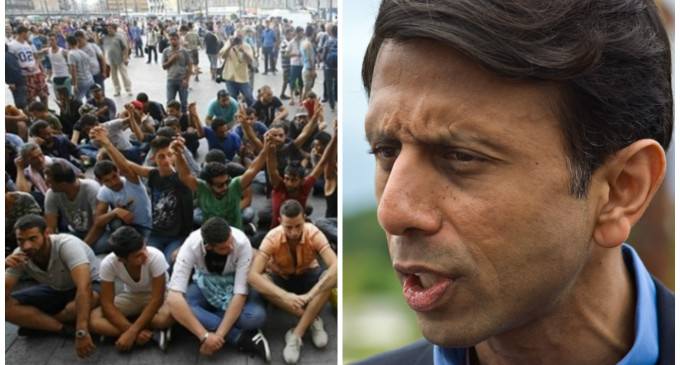 In the wake of the news that members of ISIS posed as Syrian refugees in order to get into France, Louisiana Governor Bobby Jindal is demanding that Obama release information regarding the thousands of Syrian Muslims he's shipped to New Orleans.

While citizens and politicians have warned that members of ISIS could take advantage of Obama's refugee policy, Obama doesn't seem to care — or is doing so regardless.

Understandably, Jindal is furious. As he fears for the safety of his state's people, the administration continues to ship thousands of refugees — and potential terrorists — into his state. Yet Louisiana isn't the only state effected, as Obama plans to ship the refugees across the country, in order to infiltrate unsuspecting communities across the nation.

While the rest of the country asks who these people are that he is letting into the U.S., Obama's administration has remained largely silent. By not answering to his country's fears, Obama could very well be welcoming  blood thirsty terrorists into the United States.

To see Jindal's letter to the president, continue reading on the next page: