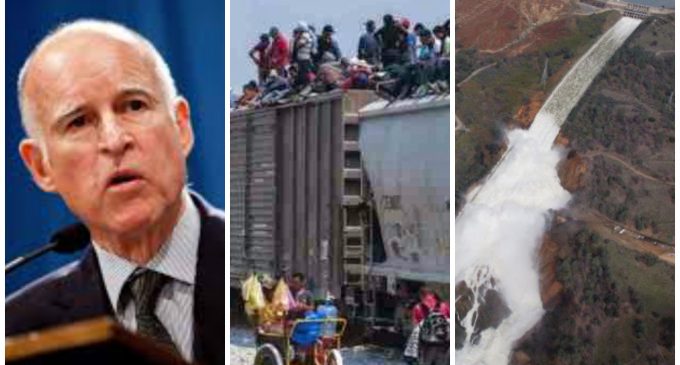 Even as California staggers under the weight of its rampant tax and spend policies, Governor Jerry “Moonbeam” Brown and his cronies in Sacramento continue to focus on pandering to the state's massive population of illegal aliens.

Milton Friedman famously said “you can't have a welfare state with open borders”, but as anyone who lives in the Golden State will tell you, their politicians simply refuse to acknowledge this simple fact. As if extracting an exorbitant amount of taxes from citizens wasn't enough, the liberals who run California have basically invited illegal immigrants to come on over and take their “share” of the wealth.

If you still have doubts as to the harmfulness of these reckless policies, look at the state of the Golden State today: the floodgates are literally bursting and all Governor Moonbeam can think about is protecting people who aren't even citizens.