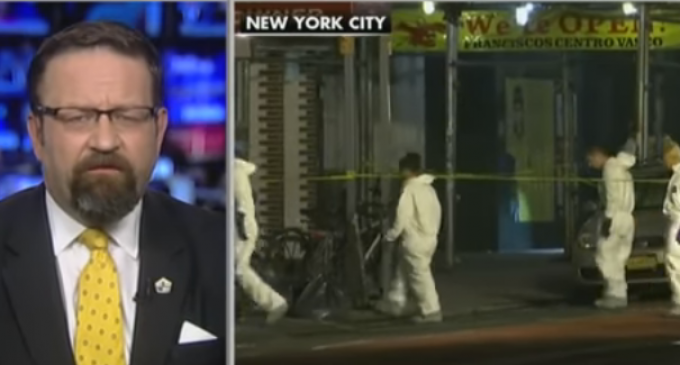 In the wake of the New York City bombing this week, many are baffled by Mayor Bill de Blasio's comments that it “wasn't terrorism.” Of course, just because the man who set it off was Muslim, built a bomb out of a pressure cooker, and intended to hurt as many people as possible, doesn't mean he's a terrorist, right?

This isn't the work of some hobby bomb maker, this was practically an IED (improvised explosive device) set off by a cell phone. And if you'll recall, this isn't he first time a pressure cooker bomb has been used. Let's not forget about the Boston Bombing, where not only were pressure cooker bombs used, but also pipe bombs during the pursuit. And what about the explosion that went off near the Marine Corps charity run in New Jersey? Investigators are now looking for a connection between the two and ties to terrorism.

But the Mayor doesn't think it's a terrorist attack, despite the obvious signs of guerilla warfare being used against American citizens on American soil.

See what an expert has to say on the next page.