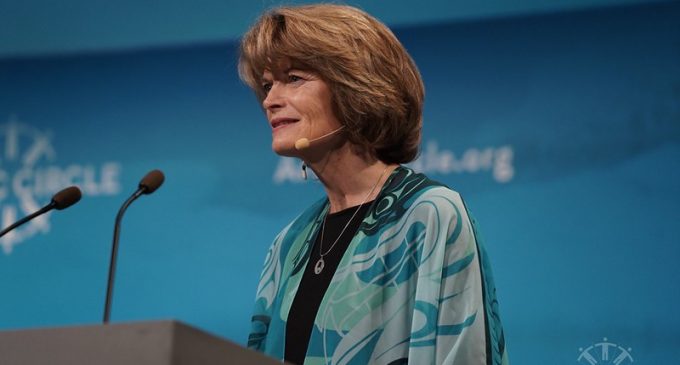 Alaska Republican Senator Lisa Murkowski has never been accused by her constituents of being a Right-winger. Far from that, she is known to buck the party on issue after issue, particularly when it comes to working hand-in-hand with the current occupant of the White House.

The senator is notorious in her party as well of having had many close calls when it came to her elections. In 2010, she was nearly defeated by newcomer Joe Miller, the bearded attorney and former federal magistrate. By most polling, it was nearly assured that Miller was going to pull off the victory. In fact, in The Guardian, this headline appeared the next day: Joe Miller beating Lisa Murkowski in shock Alaska election result.

However, following a questionable write-in ballot initiative campaign by the Murkowski camp which targeted small, remote villages of Native Alaskans, she ended up winning the election by less than 10,000 votes.

Now, the estranged senator appears to be sending a message to both the Biden and Klobuchar camps that she's ready to support them.

Turn to the following page to read about her glowing review of a possible Biden presidency and how this might be an encoded missive to the leading Democratic candidate!