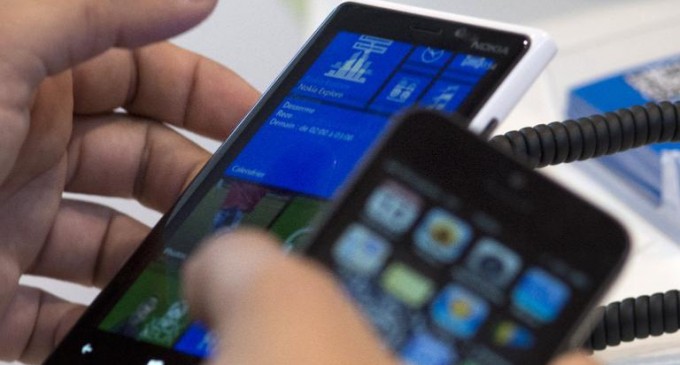 Google and Microsoft joins Apply in adding “kill switches” to their smartphones as part of an agreement with 100 elected leaders and police agencies, called “Secure Our Smartphones Initiative”.

Now, whenever the government wants to it can simply turn your phone off. Of course, this is done all in the name of security.

We already know DHS has an ‘internet kill switch', as a federal court ruled last year that DHS must disclose their protocol for its use.

And patriots, when it hits the fan in this country and you want to organize, you're going to have to do so without your cell phones and without the internet.

They could obviously kill the cell towers if they wanted, but it would surely be preferable to just kill certain phones so law enforcement isn't hindered.

Got your ham radio yet? Keep your older phones!

The report said Google Android and Microsoft Windows Phone would add the feature — enabling a user to deactivate a stolen handset — after Apple included this last year.

Google and Microsoft did not immediately respond to requests for comment.

“In just one year, the Secure Our Smartphones Initiative has made tremendous strides towards curtailing the alarming trend of violent smartphone theft. We will continue the fight to ensure that companies put consumers' safety first and work toward ending the epidemic of smartphone theft. “

The report noted that preliminary data following Apple's adoption of its “activation lock” feature found that in the first five months of 2014, theft of Apple devices fell by 17 percent in New York, while thefts of Samsung products increased by 51 percent from the same period in the previous year.

In the six months after Apple introduced the feature, iPhone thefts fell 24 percent in London and robberies fell 38 percent in San Francisco, while thefts of other popular mobile devices increased, the report said.

The report cited studies that showed 3.1 million mobile devices were stolen in 2013 — nearly double the levels of 2012, and one in three Europeans experienced the theft or loss of a mobile device last year.

In 2013, a mobile device played a role in roughly half of all robberies in New York City, San Francisco and London, the report said. 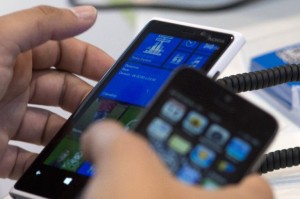