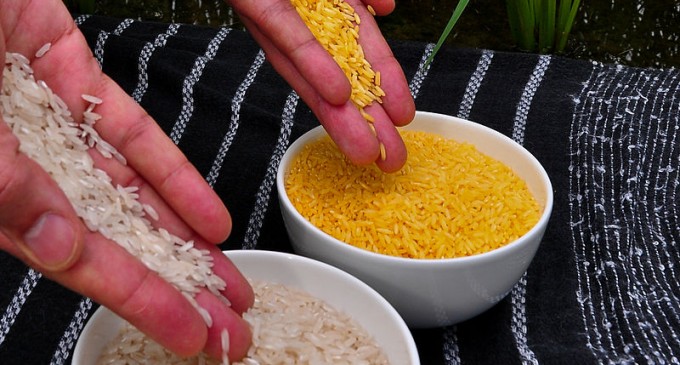 GMO Golden Rice offers many nutritional benefits, but some are concerned the plant is a ‘trojan horse' designed to build acceptance for GMO crops. Is it necessary to take a hard line against all G.M.O. products, even when they appear to be safe and useful?

From The New York Times:


“The rice is endowed with a gene from corn and another from a bacterium, making it the only variety in existence to produce beta carotene, the source of vitamin A. Its developers call it “Golden Rice.””

The rice is under development by a nonprofit group, the International Rice Research Institute,  rather than a multi-national agri-corp. Despite these beneficial  properties, many still fear that Golden Rice, like any G.M.O. food, is potentially a time-bomb that will ultimately benefit big biotechnology firms.

“Vandana Shiva, an Indian environmentalist, called it a “Trojan horse” whose purpose was to gain public support for all manner of genetically modified crops that would benefit multinational corporations at the expense of poor farmers and consumers.”

Only time will tell if this crop will yield the life-saving benefits claimed by its supporters and whether or not large corporate genetic engineering concerns will use it's success to promote less savory crops.