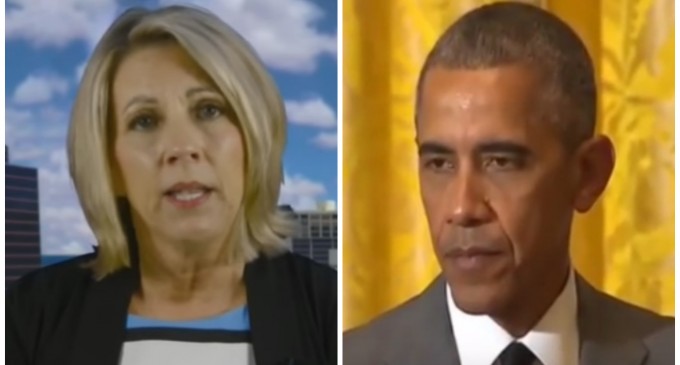 During the DNC, the Democrats pushed Khizir and Ghazala Khan, the Muslim parents of a slain American soldier, on-stage in order to attack Donald Trump. As his wife stood to the side, Mr. Khan attacked the Republican nominee for his stance the immigration rights of alien Muslims. He even offered to lend Trump his own pocket constitution, suggesting that the book suggested that Trump's stance on the matter was unconstitutional.

In every sense, the accusations were purely political. Regardless, when Trump responded to the family, he was lambasted by the media for “attacking” a Gold Star family.

This is what Trump does. He punches back. He's responded to women, democrats, Republicans, African Americans, and fellow billionaires. Still, every time he happens to do so against anyone that isn't a white man, he's criticized for attacking a minority.

Now, one woman — a Gold Star parent, herself — is standing up for Trump. Barack Obama, she says, has done far worse.

See what she had to say in the video on the next page: