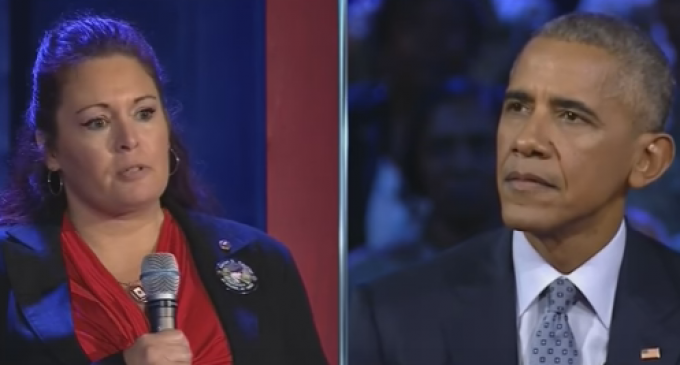 Another town hall, and another opportunity for real Americans to ask President Obama the questions that the mainstream media won't.

Speaking with Jake Tapper before servicemen and their families, the president was confronted by a Gold Star mother whose son was killed in the line of duty in Iraq about his refusal to utter the words “radical Islamic terrorism” when discussing just that. Polite but firm, the mother questioned the wisdom of Obama's “speak no evil, see no evil” approach to his face, something few who have had the chance to speak to him have done.

Watch Obama talk down to the Gold Star mother on the next page: