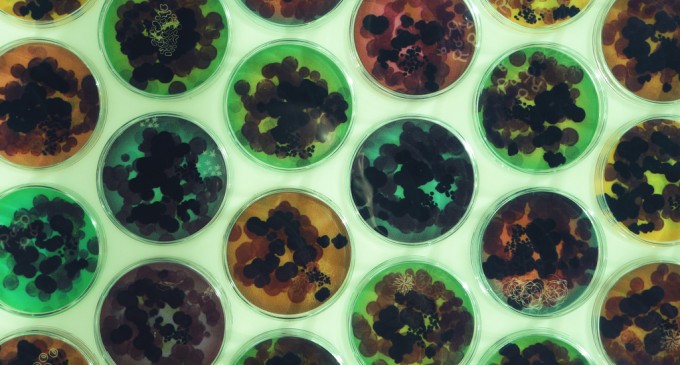 Monsanto and other giant bio-multinationals have already shown the potential for disaster with genetically-modified crops, but designer babies are equally frightening.

Genetic modification of humans appears to have been running alongside the genetic engineering of plants, being just a few years behind in terms of the technology being unleashed

When GMO crops naturally cross-pollinate with natural crops in nearby fields, farmers can be sued for violating the bio-tech company’s patent. What happens in the future if GMO people wish to have babies? Will they be forced to pay for the priviledge? Will corporations seek to control which couples may breed?

In 2001, a study announcing the successful birth of the world’s first genetically engineered babies—30 in total—was published. This staggering development didn’t receive media attention until nearly a decade later.

A US patent has been filed for a DNA testing database, which would be used by prospective parents to find out which traits their future offspring might inherit. Critics call it “ethically and socially treacherous”

GMO research has some chilling, dangerous implications for life as we know it. If these issues concern you, the first step to take is to support initiatives such as those for GMO labeling. Tell your elected representatives about your concerns and use the power of your vote to prevent companies and government from controlling life, itself.