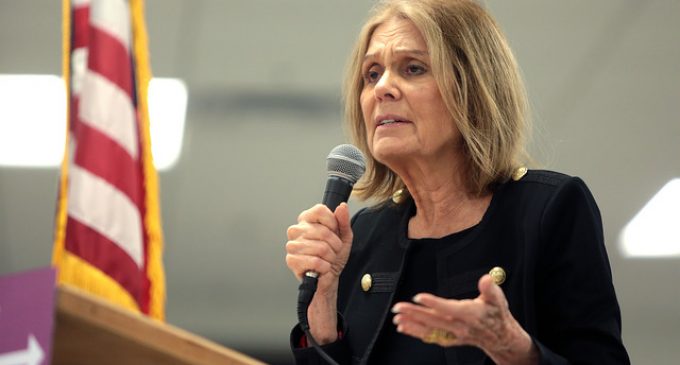 Before feminism was saddled with the poor reputation it holds today, the movement was led by people like Gloria Steinem. She may not have been totally agreeable, but she at least focused on relevant feminist issues like abortion. But despite being a product of the less radical, 1960s era feminist movement, Steinem has recently fallen victim to the same toxic liberalism that has befallen much of the current feminist movement's leaders.

Back in Steinem's heyday, feminism was less objectionable than it is today. Nowadays, feminism has become synonymous with the liberal social justice movement. All feminists must now be liberal and must subscribe to every facet of liberal ideology. If not, they're not welcomed by the feminist community. If they're outright conservative, they don't even stand a chance.

Steinem is apparently keeping up with the times. Now, she's connecting her favorite topic of abortion with the current hot topic of climate change.

See how she managed to conflate the two issues on the next page: