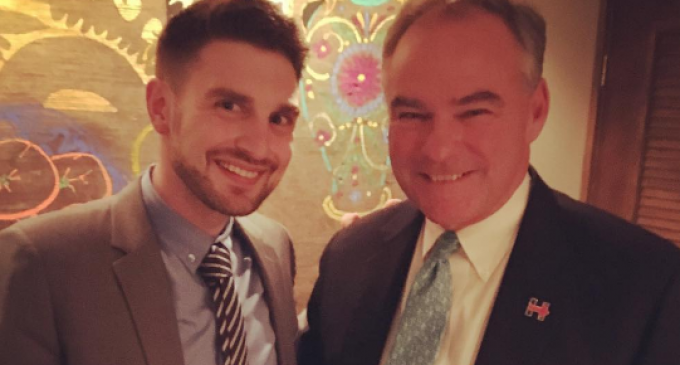 Donald Trump's rise to prominence was likely more about what he was not than what he was. Sure, he was a billionaire, a celebrity, and had a name synonymous with success, but one of his greatest strength was no doubt his status as a private citizen. Donald Trump was no politician, and he didn't act like one, either.

The 2016 race is all about the outsider. Trump, Ben Carson, Carly Fiorina, and — to a lesser extent — Ted Cruz all benefited from their distance from Washington D.C. Americans wanted change, and they weren't going to find it among the rank-and-file political elite.

This wasn't just a Republican phenomenon, either. Hillary Clinton almost saw her own chances dashed by another outsider opponent, Bernie Sanders.

Still, it doesn't look like the Clinton campaign got the message. Instead of appealing to the nationalist tide sweeping across the United States, the Clinton team is instead palling around with the world's globalist political elite.