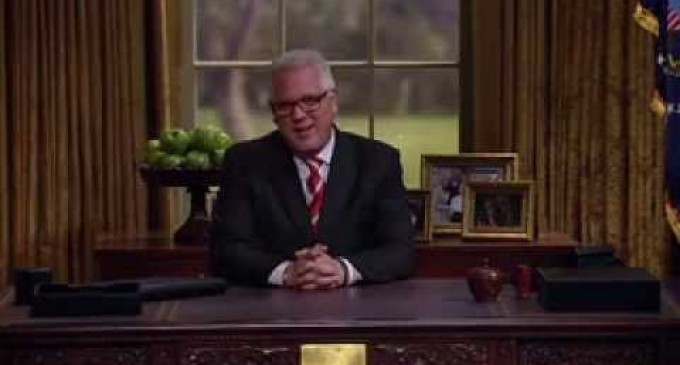 For many years, Glenn Beck's fans have followed him from his halcyon days as a radio big mouth who was pretty funny and never boring. He cultivated that into a TV show on Headline News and right wingers everywhere were like “What is he doing? He was good at radio.”

Beck, however, succeeded in this medium previously dominated by left wing zealots.

He succeeded so well he went on to Fox News, the one time television mecca of conservative activists.

Fox grew tires of Glenn Beck's accelerating antics where he pretended to be a prophet and eventually Martin Luther King.

While Beck meant no harm, the Fox elite could not hold proper Manhattan soirees while answering for such a buffoon in the eyes of the left.

So Beck had to go.

He left and created a small media conglomerate with big dreams of becoming Citizen Kane or some other mogul.

He hasn't quite gotten there yet but supposedly he is trying.

See the next page for Glenn Beck's explanation on firing so many employees.