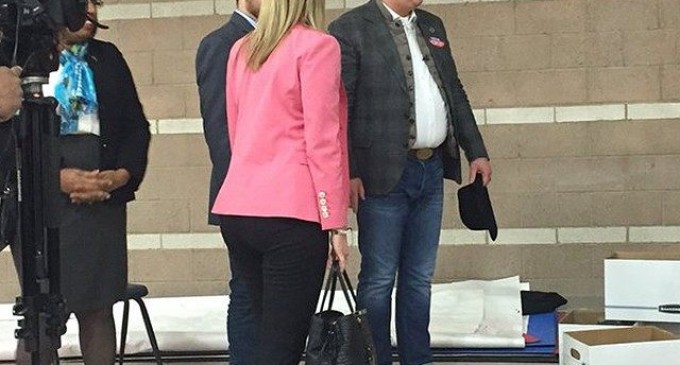 It seems no one can escape the shadows of Donald Trump. Glenn Beck learned that the hard way last week, as the billionaire businessman stole the spotlight from Beck, who was speaking on behalf of Ted Cruz, just by entering the room.

Glenn Beck may have endorsed Ted Cruz for president, but in the weeks since, its become clear that he is a lot more interested in attacking Donald than promoting Cruz.

He was doing just that right before the Nevada caucus — attacking Trump — which was made even more awkward when the small handful of people that gathered to listen to him promptly turned their backs on Beck and started chanting Trump's name as the billionaire businessman entered the room.

It seems no one particularly took Beck's admonishments to heart. See how Glenn Beck responded on the next page: