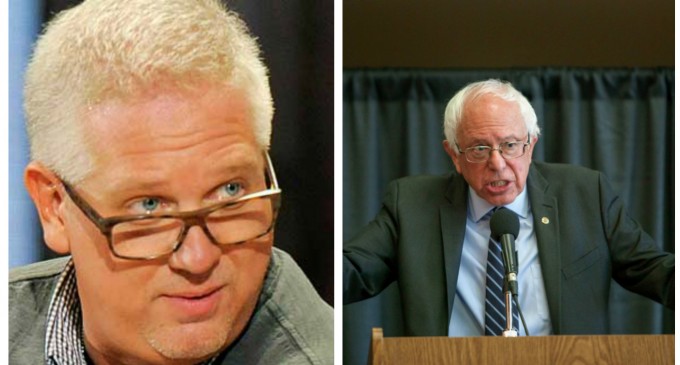 Glenn Beck, once hailed by some as “too conservative,” has finally endorsed a presidential candidate after 40 years of staying out of the endorsement game, and his top pick is unlikely to surprise many… but things get interesting down-list.

After announcing his selection of Ted Cruz at a rally held by the candidate, he elaborated on his selection by explaining why he doesn't consider others candidates in the race as presidential material.

Highest on Glenn Beck's hit list is Donald Trump, who would “snowball to hell,” if elected.

Glenn Beck, it seems, will take anyone but Trump, even the anti-conservative on the Democrat side.

See more of Beck's Trump rant on the next page: