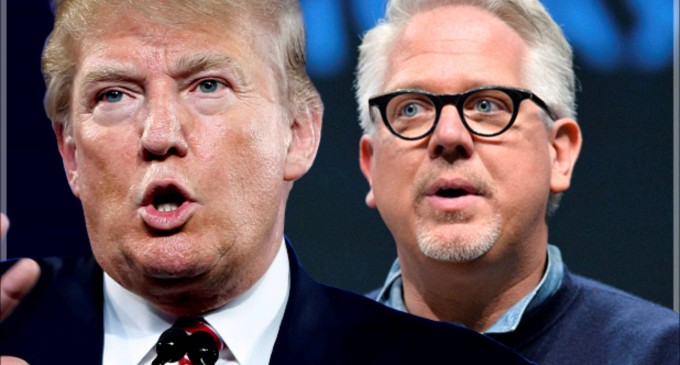 Glenn Beck is once again trying to block Donald Trump's path to the White House, and this time he seems to be willing to do it with or without the American people.

Glenn Beck spent the entirety of the Republican Primary bashing Donald Trump. Sure, he endorsed Ted Cruz, but he never seemed enthusiastic about the candidate. Instead, he seemed to use the majority of his time at Cruz rallies to attack Donald Trump. When Trump's win seemed inevitable — and Cruz dropped out — Beck seemed to be the only one who believed that Trump could still be denied the nomination.

This delusional idea spawned many harebrained plots. He spoke about convention rule changes, independent candidates, and even discussed Trump's assassination on his radio show with Brad Thor.

Now that Trump is still very much alive, has the nomination, and has no legitimate third party candidate to get in his way, Beck has resorted to desperate measures in his quest to stop Trump.

See his latest scheme on the next page: