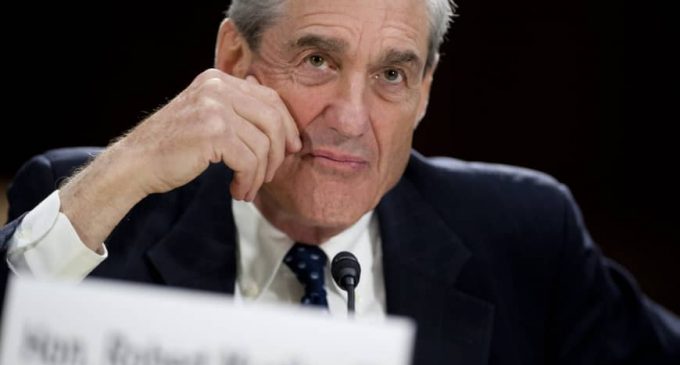 There are at least 2 major omissions contained within the hotly debated “Investigation into Russian Interference in the 2016 Presidential Election” produced by Robert Mueller. The omissions are so glaring that either the special counsel and his team of “18 Trump Hating Angry Democrats & 49 FBI Agents” are either utterly incompetent, or the team purposefully concealed major crimes committed against the Trump campaign.

Mueller has been called many things over the last two years, but one label the Ivy League-educated lawyer who ran the FBI for 12 years hasn’t been branded with is ‘incompetent.’

The best defense is a good offense, which is why Democrats and swamp creatures continue to beat this dead horse of a hoax as the lies supporting it come to light.

After spending more than $35,000,000 over a two year period, interviewing 500 people, using 18 Trump Hating Angry Democrats & 49 FBI Agents – all culminating in a more than 400 page Report showing NO COLLUSION – why would the Democrats in Congress now need Robert Mueller…….

….to testify. Are they looking for a redo because they hated seeing the strong NO COLLUSION conclusion? There was no crime, except on the other side (incredibly not covered in the Report), and NO OBSTRUCTION. Bob Mueller should not testify. No redos for the Dems!