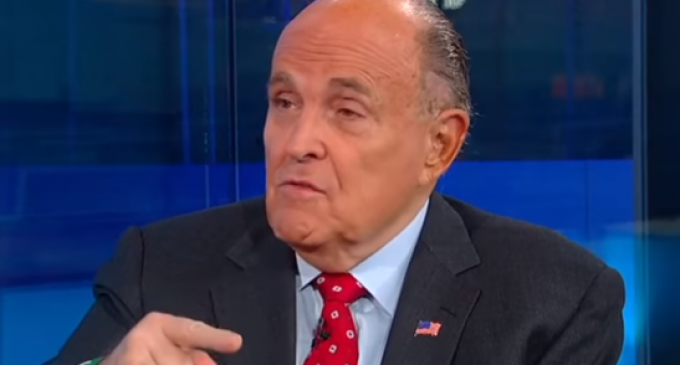 While many will say that the primary reason the Dems are carrying out the impeachment farce is to try to remove the President, I disagree. They know they will never accomplish this in a million years. They can damage him, but they will not remove him.

I believe that the main reason the Democrats are carrying out these assaults in the form of the Russia/collusion hoax and the impeachment farce is for defensive reasons.

Many Dems have had their hands caught in the cookie jar with Ukraine. Obama sent Ukraine 2.1 billion during his tenure as president, and many Dems headed over there and gobbled up monies like rats to cheeze.

Everyone knows about the Bidens, but Pelosi's son did business over there, Schiff is tied to a Ukrainian arms dealer, John Kerry, and the list goes on and on.

Rudy Guliani said just this week that over the next two weeks he will ‘present shocking crimes' carried out by the Dems in collusion with corrupt Ukrainian officials.

Watch Giuliani on the next page, then I'll give you the strategies I think the Dems have plotted to carry out when these crimes come to light.