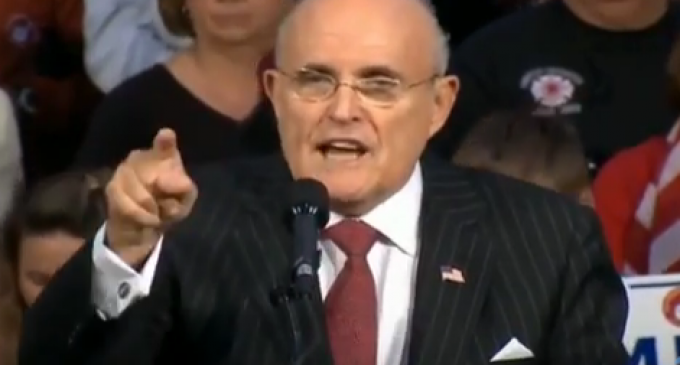 While liberals will defend Hillary Clinton's subpar performance on Sunday's debate to the death, one high-profile figure contends that Hillary's problems during the event went much deeper than turning in a mediocre appearance.

In a night filled with contentious moments, there was probably none more so than when Donald Trump said in no uncertain terms that he would bring in a special prosecutor to look into the matter of Hillary's emails. Instead of defending her actions or denying that she did anything wrong, Clinton simply stood silent as Trump accused her of misusing her private email server and jeopardizing sensitive information.

The moment provoked many takes from commentators, but few as potentially significant as former New York mayor Rudy Giuliani. Talking about the affair at a campaign stop for the Trump campaign, Giuliani stated that Hillary may have driven the final nail in her own coffin with her response, or lack thereof, to Trump's charges.