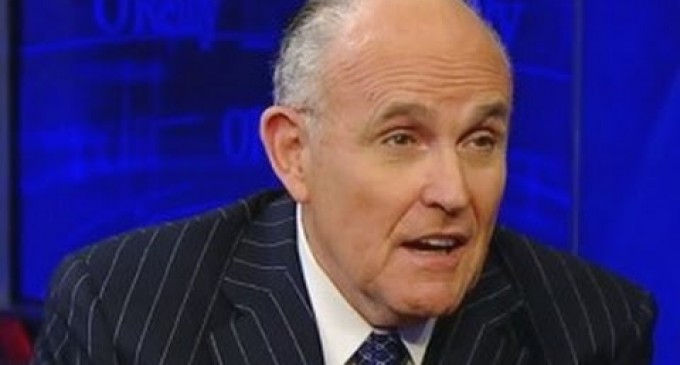 Hillary Clinton may be running as the candidate with the best credentials on foreign policy, which may be technically true, considering she served four years as Secretary of State, but that hardly means she's had any international success.

In truth, Hillary's stint as our country's top diplomat has been an unmitigated disaster. Even her supporters can't seem to point toward any meaningful successes she accomplished while either Senator or head of the State Department.

One of her fiercest critics, however, seems to have uncovered at least one thing Hillary can lay claim to, but it's unlikely that she'd appreciate the title.

Considering the evidence, however, its hard to deny Rudy Giuliani's claim that Hillary can be considered one of the founding members of ISIS.

See why the former New York City Mayor thinks Clinton played a pivotal role in the rise of the Islamic State on the next page: