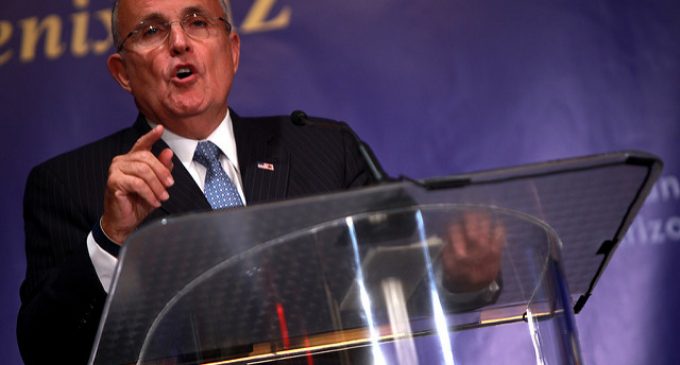 It didn’t take President Trump or his lawyer, Rudy Guliani, very long at all to go on the offensive following Attorney General William Barr’s letter to Congress Sunday stating that nobody in the “Trump campaign or anyone associated with it conspired or coordinated with Russia in its efforts to influence the 2016 U.S. presidential election.”

President Trump called for an investigation into the “illegal takedown that failed.”

“It’s a shame that our country had to go through this. To be honest it’s a shame that your president had to go through this for – before I even got elected, it began. And it began illegally. And hopefully, somebody is gonna look at the other side. This was an illegal takedown that failed, and hopefully, somebody is going to be looking at the other side.”

Turn the page for Rudy Guliani’s call for an investigation.