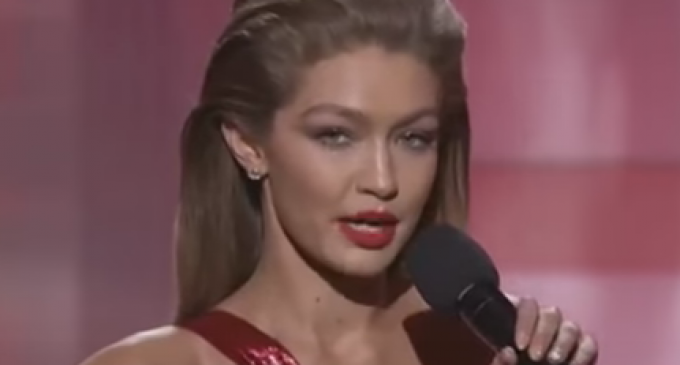 Why is it that celebrities think that just because they make a lot of money and have the public eye that they should be able to to influence politics? They grossly overestimate their own self-importance and when they don't get their way, they resort to the very thing they whined and complained about people doing in the first place, they make fun. This hypocrisy was demonstrated clearly by Gigi Hadid at the American Music Awards on Sunday, when the twenty-one year old host took to the stage performed what she called an “impression” of Melania Trump.

Right before she did this, she told her co-host Jay Pharaoh that she'd been working on the impression all week and even took a moment to get the face right. Though, I don't think she quite realized what she was saying, seeing how in her dialogue, she got the people mixed up. Jay Pharaoh followed her act with an impression of his own, joking that Donald Trump can't deport Bruno Mars because he doesn't know what color his skin is.

Find out how the audience reacted on the next page.