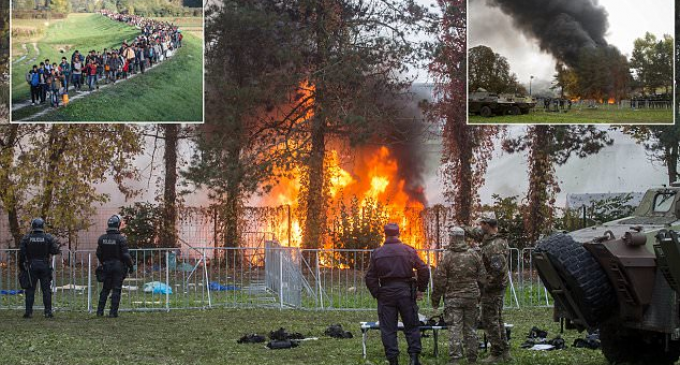 Two-hundred-two refugee homes have been burnt to the ground in Germany since January of 2015.  With German Chancelor Angela Merkel inviting in one million immigrants, who have created havoc across the countryside, the German citizens who are living with the havoc, have had it.  Their voices of dissent are not being recognized by the politicians and therefore, they are sending up literal smoke signals to get their point across.

Obviously violence and harm to another human is not acceptable, but when a government refuses to listen to those whom they are sworn to protect, then the citizen will rise up and protect themselves.

The common denominator in both the German outrage, as well as, with the refugees fleeing their countries is corrupt governments. From  Merkel who ignores her constituents, to a dictator like Bashar al-Assad, the rights of humans are trampled when ultimate power corrupts.

On the following page, view the video and read the account of refugee homes and shelters being destroyed, all to get the attention of those in power.