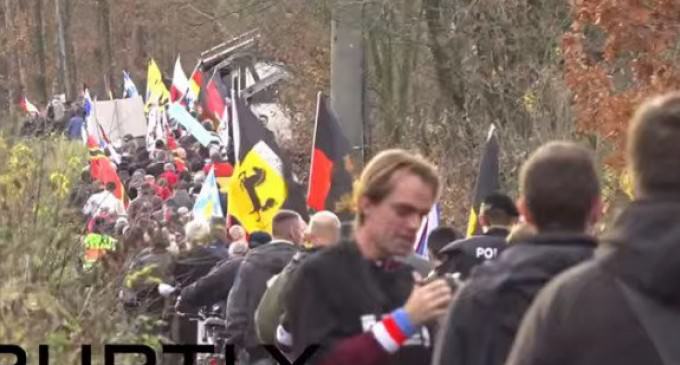 As the government continues to welcome thousands of migrants, hundreds of German citizens have taken it upon themselves in an attempt to do what the government won’t, protect their borders. These Germans formed a human chain along the Czech border this month, where they were joined by several Czech activists who have also had enough.

The protest was organized by a group called the Patriotic Europeans Against the Islamization of the West or PEGIDA for fans of acronyms.

Reports coming in from places like Germany, Greece and Sweden are claiming that there have been significant rises in crime, but governments are preventing the media from writing about it, many still trying to convince themselves that Islam is a religion of peace. However, if today’s attacks in Paris have proven anything, it’s that it isn’t.

See the video of this protest on the next page.