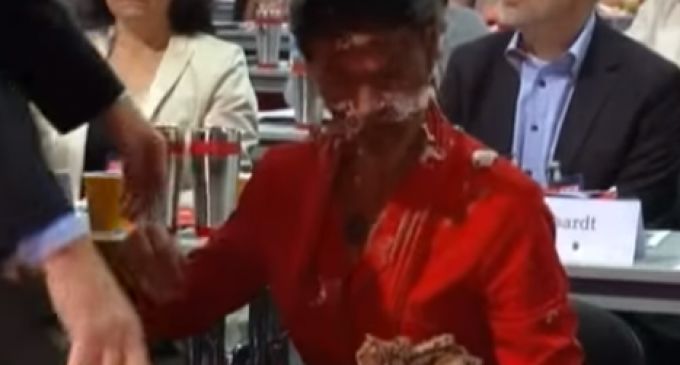 One German member of parliament, Sahra Wagenknecht, was attacked after she suggested in a Leftist party meeting that her nation should have set a limit on the number of refugees it accepts.  With the attacks in Cologne on New Years Eve by Muslim immigrants and numerous other bad press for Chancellor Merkel's open border policy, it is no wonder Wagenknecht believes mistakes were made.

Chances are, Merkel may have already doomed Germany. The Bild newspaper published a leaked secret government document estimating that the number of migrants invading Europe this year might reach 1.5 million.

And that bad news gets much worse because the document estimates that each migrant will bring in as many as eight family members once they’re settled in, bringing the year’s true total to 7.36 million.

That’s almost 10% of the population of Germany. In just one immigration invasion, reported Truth and Action.

The meeting in the German city of Magdeburg was interrupted by an “anti-fascist” protester, who wanted to “make a statement against the ‘enemies of mankind' who opposed unlimited immigration” and attacked Wagenknecht by throwing cake in her face.

Sahra Wagenknecht sees the immigrant population explosion as dangerous for Germany.  Read more on the incident on page two.