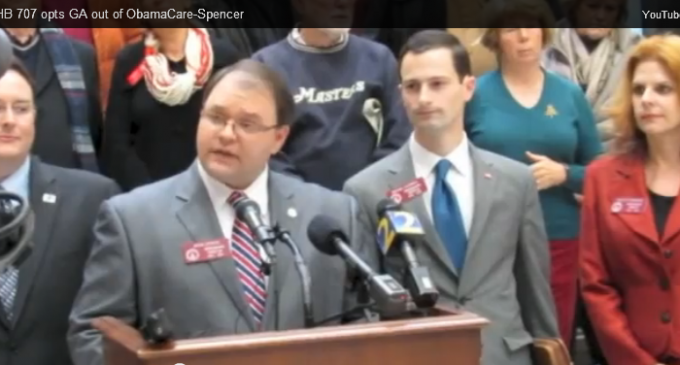 The Georgia Health Care Freedom and ACA Noncompliance Act was introduced at a press conference held on December 16th by Rep Jason Spencer.

HB 707 declares, “The assumption of power that the federal government has made by enacting the federal Patient Protection and Affordable Care Act of 2010 interferes with the right of the people of the State of Georgia to regulate health care as they see fit and makes a mockery of James Madison’s assurance in Federalist No. 45 that the ‘powers delegated’ to the federal government are ‘few and defined,’ while those of the states are ‘numerous and indefinite.’”

Liberty…coming to your state soon?