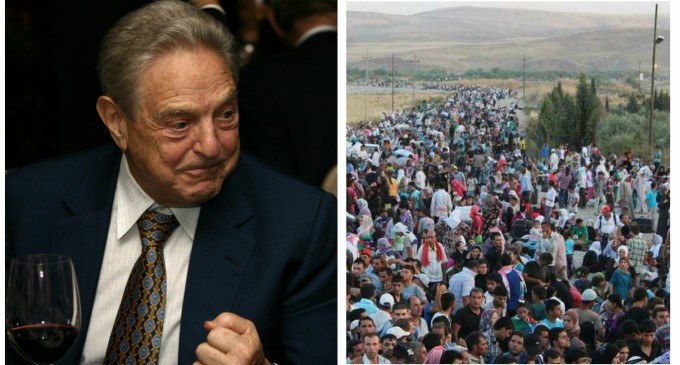 George Soros is one again using his wealth and influence in order to increase migrant populations across Europe.

After so-called refugees flooded European states with crime, many countries have finally realized that their plan to open asylum seekers with open arms wasn't met with the widespread appreciation they may have expected. Instead, citizens of the migrant-flooded countries have been forced into the new reality of migrant-led rape, homelessness, and theft.

Now that public opinion has turned against the liberal politicians who caused the problem, Europe finally seems to be cracking down on the widespread abuse caused by people posing as asylum seekers.

Of course, George Soros isn't going to let that happen, as he has released a plan to increase migrant populations across Europe.

To see his plan to fund the program he hopes will further inundate Europe with these unwanted migrants, continue reading on the next page: