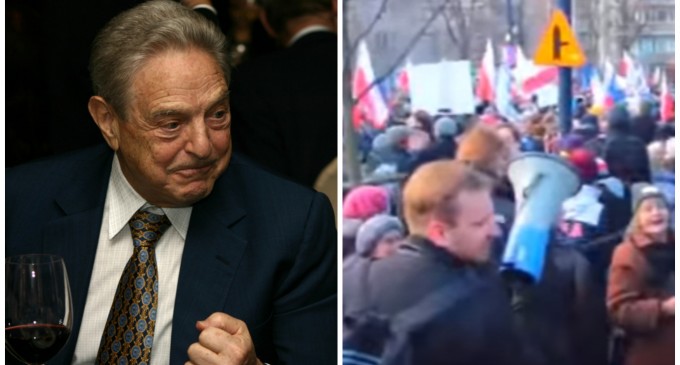 Here in the U.S., Bernie Sanders has activated a long dormant desire for socialism in government. His supporters — made up of college kids in search of their next handout — have been waving the Bernie banner while calling for a “political revolution,” and a move toward Marxist values in the United States.

We aren't the first country that found that itself in the midst of a Marxist revolution. Poland, for example, has been ruled by the Marxist Farmers Party for years. Unfortunately for those on the far left, the promises of socialism haven't exactly panned out in the European country. Instead, Poland is once again asking for a political revolution. This time, however, they want to drag the country back to the right — and they've delivered this message with massive wins at the ballot box.

Of course, to allow this to occur would be a massive admission of failure for socialism on the world stage. In order to stop the conservative revolution, powerful leftists have formed organizations meant to undermine and destabilize Poland's newly elected government.

It goes without saying that people are already alleging that George Soros is behind this movement. Brietbart explores his involvement in these organizations on the next page: