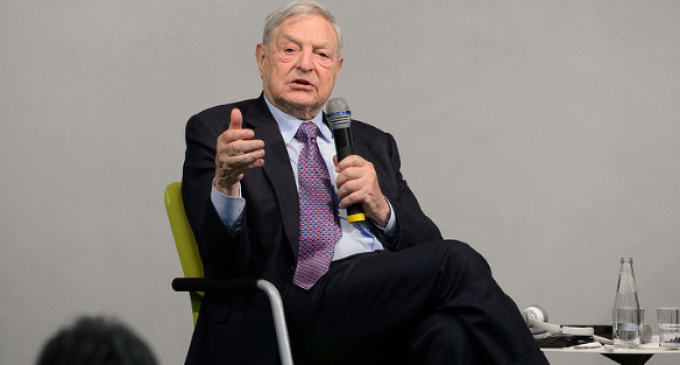 George Soros has been rather quiet lately, and that’s never a good sign. One of the world’s greatest financiers of globalist policies is unlikely to have taken a vacation from his career and lifetime goal of destroying countries in favor of control by globalist bodies. If this is his idea of “open societies,” it’s one that belongs in the dustbin of history, not one being pursued to the detriment of the freedom of people worldwide.

Given his great wealth and cunning, Soros manages to keep himself several degrees removed from the actual mischief he creates. Through a network of well over 100 organizations that he funds, he’s able to select the his policy of interest at any particular time by directing his staff and other associates to move money to the organizations most likely to implement his plans.