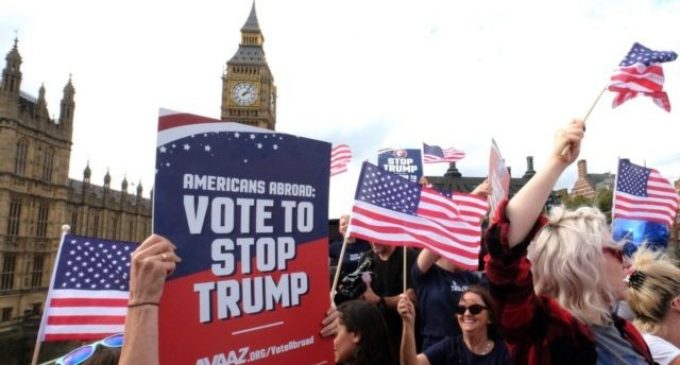 If you are George Soros and your campaign to generate enough votes in the United States to defeat Trump is in doubt, what do you do?  You go abroad in search of votes.  Sound crazy?  Not at all.

This man, as we know, is a confirmed globalist.  As such, he has an agenda that demands Hillary Clinton, or someone with her worldview, as president to push for the dissolution of American sovereignty, and the merging of this country into a supra-national organization that exerts global control according to the dictates of his twisted political objectives.

Face it, it's not like he's been especially shy about his goals.  It's just that too many Americans are not paying attention.  They ignore this at their own peril.

So what's this thing about going abroad for votes in the upcoming presidential election?