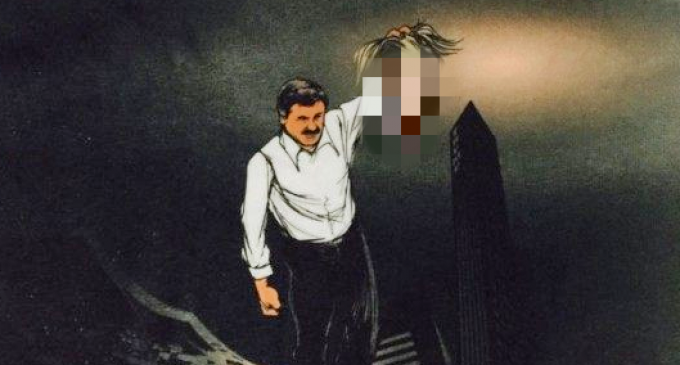 There used to be a time when “celebrities” had to actually be respected and relevant in order to have a vocalized opinion on American politics. These days, however, it seems like just about any b-list “celebrity” can open their mouth and have millions of people listen to them, even those with two cancelled sit-coms and a short-lived radio show. Curse the Internet!

Comedian George Lopez tweeted an image of the Mexican drug kingpin Joaquin “El Chapo” Guzman holding the severed head of Donald Trump. The Mexican-American “actor” and “comedian” has been vocal about Trump's presidency every since the Republican frontrunner first made his ambitions known. The gruesome tweet showed the infamous drug lord standing on a mound of human skulls and money, with Trump's head in his left hand. While liberals thought this was funny, the conservative side of Twitter was quick to fire back with a tweet of their own.

See what they said on the next page.